When it comes to health, sex matters. 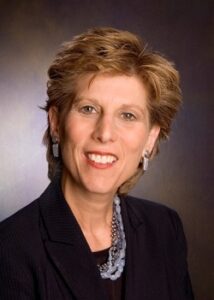 The following is a transcript of an interview by Oriana Kraft with Dr. Jill Goldstein, Founder & Executive Director, Innovation Center On Sex Differences in Medicine, Massachusetts General Hospital and Harvard Medical School.

In what context was the Innovation Center on Sex Differences in Medicine launched and why?

There is a long history to understanding sex differences in medicine, but attention to their importance and incorporating these differences into practice has been an uphill battle. I have been working on sex differences in the brain and trying to understand their implications for sex differences in psychiatric disorders for over 30 years, and I have felt more optimistic about changing the culture in medicine and in the public domain than at any other time during this journey. The mission of the Innovation Center on Sex Differences in Medicine- which we refer to as ICON-✘  – is to enhance discoveries about sex differences in medicine, and more importantly, translate the knowledge into what we are calling sex-dependent therapeutics, programs, and policies. We are at an inflection point in medicine and science with regard to the importance of this, which provides a context for the development of a center focused on sex-informed therapeutic action. This is, in part, due to the fact that in 2015 the National Institute of Health (NIH) required that female cells and animals be included in all studies and attention to sex and gender be incorporated into clinical research proposals. This was a game-changer given that NIH is the major funder of research so their recognition of the importance of sex/gender differences has had a major impact on science. For many years, research primarily included male cells and male animals and lacked any systematic study of sex or gender in clinical studies. At the same time that NIH was making this pronouncement, there has been a public discourse around diversity and gender equity which has contributed to the public awareness about the importance of sex and gender in their health. We talk about precision medicine, but what could be more basic than one’s sex since every cell has a sex. So, the confluence of NIH actions and public interest and discourse set the stage for the possibility of a center like ours. ICON-✘ sits at Massachusetts General Hospital and Harvard Medical School in Boston, Massachusetts. I am grateful and lucky to be part of these institutions for over 30 years that have the resources and innovative scientists and clinicians who are invested in developing novel innovative therapies that are infused with sex-selective knowledge.

What is your research currently focusing on at the Innovation Center?

We chose to begin with tackling the major cause of disability worldwide – the co-occurrence or co-morbidity of major depression, heart disease, and Alzheimer’s disease.

Why am I focusing on that? Well, heart disease and depression are the number one and two primary causes of disability worldwide and sex differences are substantial in these two diseases. Depression has a 2-fold risk in women than men, and heart disease, although it was thought to be only a “man’s disease”, is also the number one cause of death in women in most middle-income countries. The comorbidity of depression and cardiovascular disease (CVD) was slated to be the number one cause of disability worldwide in 2020, prior to COVID, and will likely be post-COVID, and women are at twice the risk for the comorbidity. In fact, people who have both depression and CVD are at 3-5-fold risk of death from heart disease. So, women are disproportionately dying from heart disease, in part, due to unrecognized and untreated depression, in addition to the fact that there are sex differences in the vasculature itself that lead to differences in vulnerability and therapeutic responses. Finally, depression and CVD are independent risk factors for Alzheimer’s disease, and we know there is a higher frequency of Alzheimer’s disease in women, and we now know it is not simply due to women living longer. So, our first mission is to use a sex differences lens to shed light on the co-occurrence of these disorders and to develop therapeutics that are targeted, not only to one organ system, but to both the heart and brain.

This is going to take another culture change in medicine because medicine has developed in silos – that is separated by organ systems, fields, and departments. In part, this is due to the fact that in such a high-tech world it is hard to acquire in-depth knowledge of more than one organ system. On the other hand, when you’re developing drugs targeted to one organ, there are substantial side effects on others, and these side effects differ by sex. Again, this is not surprising, given that most pharmaceuticals have been developed using male animals. In 2001, the U.S. General Accounting Office reported that 80% of prescription drugs withdrawn from the market posed a greater health risk for women than men. Women have been found to have almost a 2-fold greater risk for developing adverse drug reactions than men, which is a critical quality measure for hospitals.

We are hoping to raise awareness in the healthcare industry and in science about sex differences in treatment responses and using our knowledge of sex differences to target some of  the shared causes across the brain and the heart. We believe that using a sex difference lens provides unique insights into understanding that shared pathophysiology.

One of your findings is about the fetal origins of the shared causes of sex differences in the heart and brain. Can you explain this?

Yes, that’s correct. My lab is studying the impact of stress that is shared across disorders of the brain and heart. Stress affects every chronic disease we know, and the brain regions that regulate stress are some of the most highly sexually dimorphic circuitry in the brain. This circuitry not only develops differently in the male and female brain but functions differently across the lifespan. Importantly, these brain regions regulate a number of critical functions and behavior in a sex-dependent way. They regulate mood and anxiety and cardiac function as well as hormonal and immune physiology. In fact, some of the same brain regions are also involved in regulating memory. So, how we regulate stress is a perfect model for tackling issues related to comorbidity of disorders of the brain and heart since stress circuitry regulates functions associated with all three of the disorders we are studying and does so differently by sex. It turns out that prenatal stress models in animals and humans have been posited as developmental precursors to depression, heart disease, and even aging of the brain and Alzheimer’s disease (AD). Prenatal development is also a critical period of the sexual differentiation of the brain. So, we hypothesized and have demonstrated over the last 20 years that some of the causes of sex differences in these disorders originate during these sensitive periods in prenatal development and have lasting effects leading to sex differences in incidence of depression, heart disease and memory decline in aging. The idea that there are shared causes of these disorders beginning in fetal development would then lead to the onset of these disorders over the lifespan in the same person.

How can you turn these discoveries into the development of therapies?

As I mentioned, the stress circuitry in the brain regulates mood/anxiety and the heart and associated autonomic, hormonal, and immune physiology. The brain is also directly connected to the heart through the vagus nerve that electrically connects the stress circuitry to the regulation of heart. We are developing a novel neuromodulation device to target the vagus nerve directly using transcutaneous stimulation that is in sync with our respiration. We have shown in pilot studies that we can regulate the stress response using respiratory-gated vagus nerve stimulation and lower depressed mood and anxiety and raise cardiac tone in people with depression. We have also demonstrated in pilot work that we can lower blood pressure in people with hypertension. We are working to develop this therapeutic device as a sex-dependent therapy, given our work and others’ demonstrating sex differences in stress circuitry and vagal response, and targeting it to the comorbidity of depression and hypertension.

Another avenue our partners are pursuing is to use male and female stem cells from individuals with depression or Alzheimer’s disease to understand some of the causal pathways that may be involved with explaining sex differences. One of the pathways in which we are interested is the dysregulation of the immune system that may be shared across disorders, so using developmental stem cell approaches we can view and manipulate immune cells. In fact, the immune system was also implicated in a recently published study of ours testing for sex-by-genotype interactions that were shared across psychiatric disorders – depression, schizophrenia, and bipolar disorder. We identified sex differences in a few significant genes, two of which implicated the immune system. Other investigators are beginning to identify sex differences in genes shared between depression and cardiovascular disease, again some of which implicated the immune system. The studies shed light on the importance of understanding these critical comorbidities and ways to target them therapeutically, one avenue being sex differences in our immune system.

These studies and others underscore an essential theme of the Innovation Center that understanding sex differences and comorbidities requires a lifespan approach. The impact of sex (and gender) differs across the lifespan. Sex differences essentially emerge when the brain and body are either differentially flooded or depleted of gonadal hormones (in fetal development, puberty, and in women, in pregnancy and menopause). We can use these naturalistic windows of opportunity to target them for therapeutics, in part taking advantage of the hormonal regulation of the brain and body. Targeting therapies and programs early in the natural history of a disorder will allow for attenuation of disability later in life and, ultimately, prevention. We believe that applying a sex differences lens across the lifespan is a unique window into understanding risk and resilience and prevention of diseases.

There’s a lot of stigma out there: a lot of times the menstrual cycle, pregnancy, or menopause have been used to say that a woman was acting in a negative way because she was hormonal. Do you think that we have done a disservice to women’s health by trying to downplay that fluctuations in hormonal levels whether during the menstrual cycle or at different points in the lifespan have an important impact on the body and our health in general?

There is a long history to using the science of sex and gender for political discourse. It is critical to separate the two and to understand when your own biases may be influencing how you approach your science or your politics. People have used politics to undermine the science which has led to periods during which even a discussion of sex differences was thought to be politically hazardous, particularly when it involved the brain. Even today, there are those who deny the existence of sex differences in the brain in the face of >50 years of work in animals and at the human level. Although sex differences in the brain may be small (that is, there is more variability within the sexes than between men and women), they have important implications for understanding the substantial sex differences we see across almost every disorder of the brain. And some of these differences not only impact the brain but impact other organ systems that are regulated by the brain. Understanding these differences and incorporating them into our therapeutic armamentarium is critical in this day and age of precision medicine. It is why our byline at the Innovation Center is “when it comes to health, sex matters”.