How The Fertility Journey Is Being Reshaped with Holistic Care 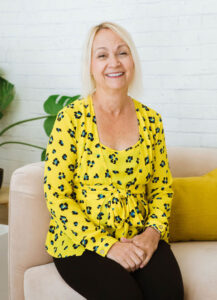 When I was at Stanford, a lot of my research related to egg freezing and optimising treatment for cancer patients. A lot of that involved education. Just getting people aware this was possible. When I started the programme back in 1998, we were the first to do egg freezing west of the Mississippi, and the first to really do it for cancer patients. Back then it was considered very experimental. Women would fly from all over the country to do it, because we were essentially one of the only places that could do it. Over time, people got more experience with it. There were some organisations that started to get information to oncologists because one of the pieces was that no one knew this was possible, and oncologists didn’t know. So they wouldn’t refer patients and most patients would just find me by Googling and they’d find out last minute. That wasn’t good, because they needed time to be able to do this before their treatment. So that was a big focus of what I was doing.

I started to do some research to try and determine if there were markers for ovarian ageing, hoping that maybe we could find things that would slow down ovarian ageing, because there aren’t great markers of ovarian, or egg quality currently. To this day the best marker of egg quality we’ve been able to find is just age.

You mentioned that the best predictor of egg quality is the age of the person. But Kindbody offers hormone tests – could you elaborate on what a hormone test is or isn’t able to tell us about the quality of an egg?

Hormone tests give us a predictor of how many eggs you have left. Everyone ages a little bit different differently, and some people deplete their eggs earlier than others. So hormone tests are able to give an estimate of how many eggs you have left. But it doesn’t tell us the quality of the eggs that are left.. Although people are definitely starting to look at things that may give us a better idea of quality: like DNA methylation.

You co-founded Stanford women’s health and sex differences centre. Can you tell me a little bit about what the inspiration behind that was and what kind of programmes you put in place there.

I was the director of the women’s health programme. Initially, the thought was that we would try to have a comprehensive centre where women could come and get a range of services in one location. Unfortunately, women’s health care is a low priority at most facilities. So that never happened.

But as part of that programme, Stanford, the medical school, has a scholarly concentration. And so students could focus on women’s health care and there were some courses that we would teach more related to women’s health. Over time, we realised that that wasn’t broad enough scope. No one was really focusing on sex differences. We wanted to promote people thinking about sex differences in their research. Because for many years, a lot of pharmaceutical studies didn’t include women. So women were left out of a lot of studies, just because people didn’t want to have to deal with the menstrual cycle. We really wanted to promote people thinking about that. As part of that, we had a lot of educational programmes. We also had a grant programme, so people would submit proposals of ideas where they were going to look at sex differences. We then expanded the courses that we were offering to the medical students too so people were thinking more about this in their research.

Did you see a tangible impact once the institute was in place?

We definitely managed to encourage some people, because a lot of people applied for the grants. These are people that I don’t think would have necessarily added this to their research. But, because of the grants becoming a little bit more high profile with focusing and doing these educational events, I think it did improve the number of people who were looking at it.

How did you personally decide to transition to being the Chief Medical Officer of Kindbody? Was it the fact that you could be more hands on with patients? What made you make the transition?

I loved what I was doing at Stanford. But I was there long enough that I could retire. And so I was thinking, is there one more thing that I want to do, kind of like an encore? And, while I was thinking what I wanted to do towards the end of my career, Gina Bartasi, who founded Kindbody started talking to me about what she was doing, and I really liked her mission and what she was trying to do, to provide more accessible comprehensive medical care. And I also thought it was a really good opportunity to promote women in leadership in the fertility space. One of my frustrations was that I was at a place where the number of women in leadership was very low. And the fertility space, surprisingly, is still mostly male dominated. Most of the big fertility clinics are still managed by men. And I saw this as an opportunity to really try to move women forward as leaders in the field. Atour clinics, the majority of reproductive endocrinologist are female. And I tried to get them into national leadership positions. And, that’s one of my passions – just trying to really promote women as leaders in this field.

Coming back to what Kindbody does, in the larger context of personalization of women’s health, you talked about a holistic care model – having mental health experts, nutritionists – all in one place. What direction do you feel Women’s Health is going to make the experience more personalized? Obviously, holistic care is one aspect, but are there other aspects that you see?

Well, there definitely is a move to be able to offer more services. At home, there a lot of tests that people are working on and we are starting to utilize. Some states require or mandate insurance coverage for fertility. Most states don’t. So most people end up paying out of pocket. But we’re talking to a lot of employers to add benefits so that more people have this coverage. We’re trying to keep the costs low. So as there’s more testing done at home, I think some of the costs of fertility treatment, hopefully, will go down, so more people can access it. And I think if people can do some of the treatment outside the clinic, that will help lower the cost too.

Coming back to the holistic care model, why is it such a core part of Kindbody’s mission to provide that with your service?

Most patients just get lost in medical institutions. At my former employer, because it was a big medical centre, patients were often confused. They couldn’t figure out what to do. I would see someone for egg freezing. And then they’d want an IUD. And then, the [gynecologist] was 20 miles away, and to get an appointment there would require a completely different scheduling. And it was just so fragmented, and patients got frustrated and often didn’t get the complete care that they needed. So by trying to have more providers we can do general gynaecology. And then by making it easier to get other services, nutrition and mental health, hopefully, patients can get more of the care that they really need.

Does the demographic of patients you treat at Kindbody vary across the lifespan? Or is it still mainly concentrated between 25 to 40 – ages at which women would want to freeze their eggs?

One group that comes to us is the younger age group because we’re focused on discussing fertility with everyone and the patients that are getting that message tend to be younger. Older patients tend to already have had children. Usually they’re a little bit more settled and they’ve had their baby, they have their gynaecologist, so they’re usually not thinking about switching, but in the younger demographic, people are moving around. They usually don’t have a primary care person. So because they don’t usually have someone already in place, then we become their primary care person.

In February 2022 Kindbody reached Unicorn Status when it acquired Vios Fertility Institute and its network of clinics. Kindbody is reshaping the conversation around fertility in many ways by aiming to offer a holistic service and making egg freezing procedures more accessible amongst other innovations.  Innovations like Kindbody’s holistic care are why we need Femtech. (And a FemTech Summit like this one of course). Want to hear more about How The Fertility Journey Is Being Reshaped?  Sign up for the 2022 Femtech conference  here.  To Listen to Our Panel on The Future of Fertiltiy June 1st 2022.