Did you know that 1 in 3 women will have a reproductive pathology at some point in their lives? The female reproductive system is highly dynamic and does not just impact the uterus or ovaries but metabolism, sleep, mood, weight, cognitive function, heart, bones … 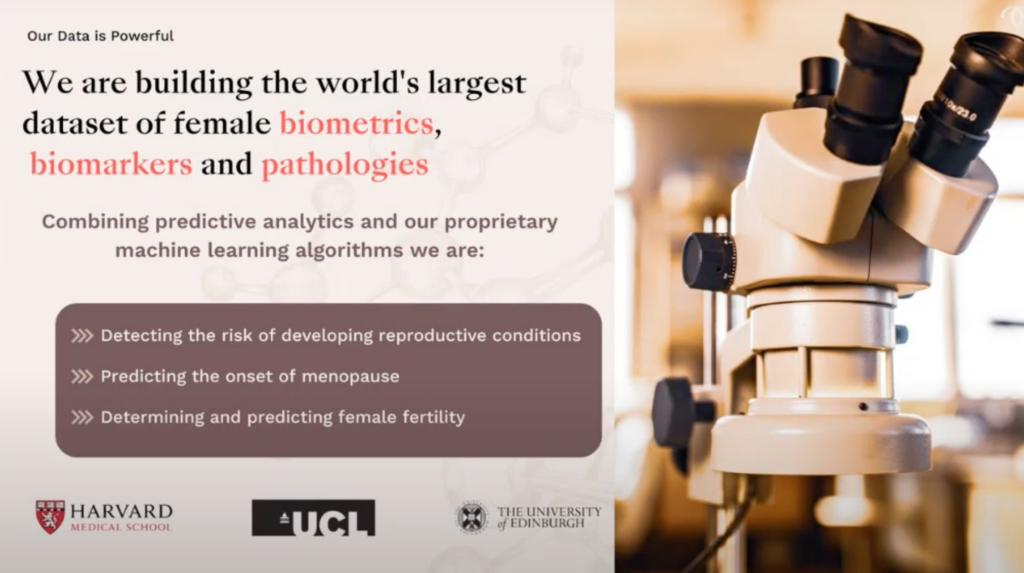 And yet less than 2.5% of publicly funded research is dedicated solely to reproductive health, despite the staggering impact of these issues on overall health.

Startups like Hertility are trying to change that. Hertility is seeking to build the world’s largest dataset of female biomarkers, biometrics and pathologies.

Hertility began as a clinical trial. The first question they wanted to know the answer to was: “Am I fertile or am I infertile?” They wanted to understand the underlying predictive factors of infertility that, when you cluster them together, would be indicative of a pathology.

But when COVID struck, and all non essential clinical operations were closed due to lockdown, the team could not recruit women. So instead they set up a basic webpage asking women whether they would want to know the answer to that question. Did women want to know whether they were fertile or not?

7000 people registered. Hertility was not reaching out to them. Women were searching for the answer themselves. This just served to reinforce their belief that information about female health shouldn’t be behind a clinic wall or inaccessibly expensive. The healthcare system should be in the hands of women. Women should have the ability to have access to information and knowledge about their own bodies on their own terms (which is part of what femtech is trying to do). Women are using technology to enable themselves to find the answers to questions that too often go unanswered.