FemTech and Data – what does the future of women’s health look like?

Home•FemTech Think Pieces•FemTech and Data – what does the future of women’s health look like? 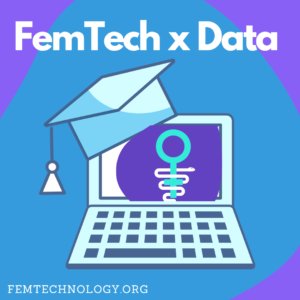 There is a fundamental and foundational lack of data when it comes to women’s health. A quick primer: In the U.S., women were not required to be included in clinical research until 1993, when Congress passed the NIH Revitalization Act.

As a direct consequence, the medication used and prescribed to this day was not tested, nor created with the female physiology in mind – with devastating consequences. Unsurprisingly, a study published in 2020 from UC Berkeley and the University of Chicago found that women experienced worse side effects in 90% of cases from medication as compared to men, and the “sex difference was not explained by sex differences in body weight.”

And the data gap does not stop there, but persists to this day  only 4% of healthcare R&D spending in the US goes directly towards women’s health. A disproportionate share of resources is applied to “diseases that affect primarily men, at the expense of those that affect primarily women.” Male-prevalent diseases (like tuberculosis, prostate cancer, hepatitis etc.) get 2x the research funding dollars when compared to female-prevalent ones (endometriosis, PCOS, migraines, eating disorders), leading not only to a lack of innovation and adequate solutions for these disease but to a tendency to place less importance on these issues from the healthcare community.

Another shocking statistic? Less than 2.5% of publicly funded research is dedicated solely to reproductive health, despite the fact that one in three women in the UK will suffer from a reproductive or gynaecological health problem. Five times more research goes into erectile dysfunction, which affects 19% of men, as compared to PMS, which affects 90% of women.

Women’s health is under-researched, under-invested, and under-valued by the traditional healthcare model. Modern medicine was not created with women in mind.

So what role does FemTech play in all of this? Or what role was it trying to?

FemTech was trying to bridge the gap in healthcare – by collecting these missing foundational data sets directly from women. Many FemTech companies built their business models around crowdsourcing data and community insights from women in underserved areas of health. The logic being: we don’t have adequate knowledge about women’s bodies – nor are we listening to them in the traditional healthcare model. Women wait 16 minutes longer in emergency rooms to receive pain medication than men. Women are also more likely to be told their pain is “psychosomatic,” or influenced by emotional distress. And in a survey of more than 2,400 women with chronic pain, 83 percent said they felt they had experienced gender discrimination from their health care providers.

So FemTech solutions that took a qualitative approach to collecting data – listening to their users about the symptoms and changes they experienced in conjunction with their menstrual cycle or analysed the vaginal microbiome and recurrent UTIs – were particularly welcome. They provided both a personalized approach (allowing women to establish correlations or causations about the way their bodies were changing in conjunction with another metric: changes in their vaginal microbiome or where they were at in their menstrual cycle) as well as a meta-overview of experiences women as a whole were having with these issues.

It’s why period trackers, though far from perfect, are so often associated with Femtech as a whole. They were the first technological innovations in women’s healthcare to make noise about the way women’s health was being underserved.

A famous example of this? when Apple Health debuted in 2014, and the senior VP of software engineering Craig Federighi told users, “You can monitor all of your metrics that you’re most interested in.” although this did not for nearly a year include period tracking.

So data (or the ability to collect data and understand women’s bodies better) is a fundamental service FemTech seemed uniquely poised to provide. The interest did not seem to stem from government or research institutions – so the case had to be made by women themselves (and private sector companies recognising the opportunity). And yet, when the case was finally starting to be made, attention to the industry being payed, the Supreme Court in the U.S. overturned Roe v Wade – effectively opening the door to criminalise reproductive health data. With states choosing to criminalize abortion potentially being allowed to start subpoenaing consumer data. Women’s health – now going from being criminally neglected to being criminalized.

So what does the future of women’s health look like? Uncertain. New means of collecting data and laying the foundational groundwork for establishing patterns in women’s health, investigating commonalities, understanding gaps in experiences, will need to be put forward, ones that leave women less vulnerable than they are currently. But we cannot also just write-off FemTech completely. Researching, understanding and providing the tools to fill gaps and service women’s healthcare is more vital than ever. It is not the concept of FemTech – or the need it sought to serve – that needs to change, but rather the way in which it goes about serving us.

FemTech as an industry is still in its infancy – there is time for it to adapt yet.

Opportunities for improving the PCOS experience

Why PCOS is about more than just fertility