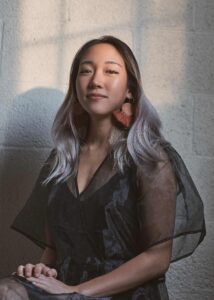 The following is a transcript of an interview by Oriana Kraft with Anna Lee, Co-Founder of Lioness and Head of Engineering.

What does Lioness do?

Do you feel people inherently understand what the implications of having that data is? 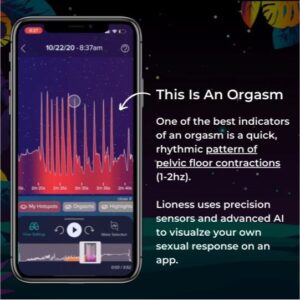 Being able to visualize what the data looks like helps. With Lioness you can visualize what arousal looks like normally and compare it to what it looks like when you don’t get enough sleep or when you’re stressed. Being able to see that gets people in the mindset of how they can see arousal as a quantified data point versus arousal ‘just being a feeling’. In sex therapy, the biggest recommendation they’ll give you is to keep a sex log of what’s working for you and what’s not so you can be mindful of what changed and what impact external factors had on your experience. We try to piggy-back off that concept by adding biofeedback. Sexual function is just like eating, breathing and sleeping after all. In our day and age, it’s not that uncommon to track what you eat and how you sleep. So, why wouldn’t you track something as intimately a part of your life as sexual function to see if you can improve it?

And you collaborate with researchers surrounding the data you gather, right?

Yes, that’s right. We have the world’s largest data set in terms of female physiological sexual function. Which brings up a whole set of possibilities. What can you do with a dataset like that when you take out the barrier of there not being enough researchers or funding? If you think about it, in terms of men’s health there has been billions of dollars pumped into researching men’s sexual pleasure.

We know so much about sexual health and how that’s connected to men’s well-being but that research hasn’t really been done when it comes to women. It’s a very outdated notion that there are still so many unknowns regarding women’s sexual pleasure. We know a lot of the causes of erectile dysfunction for example. We know that erectile dysfunction can be caused by underlying conditions like diabetes, excessive smoking, heart disease – so wouldn’t it be interesting to examine whether there are underlying health conditions when women have difficulty orgasming ? Anecdotally, we had a user, an athlete, write to us saying: ‘Hey, I think something’s wrong with your vibrator it hasn’t been working these past few days’. We looked at her data then and we saw that the last two days when she used Lioness the biofeedback line was flat. We got back to her and asked if something happened to her two days ago. She thought about it and it turned out that two days ago she had a concussion. It’s examining links like that.

This is Part 3 of a series of Deep Dives on Sex Specific Topics in Medicine, in the aim of connecting students with research being done in the field.

How Data Can Help Us Understand Autoimmune Triggers? An Interview.