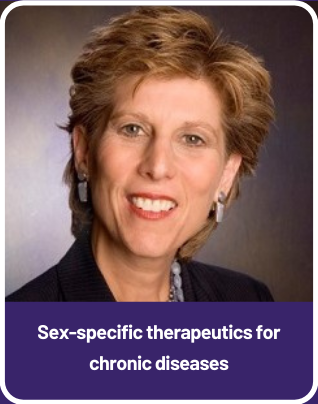 Dr. Jill M. Goldstein is a Professor of Psychiatry and Medicine at Harvard Medical School, Founder and Executive Director of the Innovation Center on Sex Differences in Medicine (ICON; http://icon.mgh.harvard.edu), and the Helen T. Moerschner Endowed Research Institute Chair in Women’s Health at Massachusetts General Hospital.

Her program of research, called the Clinical Neuroscience Laboratory of Sex Differences in the Brain (CNL; http://cnl-sd.mgh.harvard.edu) consists of an interdisciplinary team of investigators, integrating structural and functional brain imaging with psychophysiology, neuroendocrinology, immunology, and genetics, and collaborative efforts with basic neuroscientists studying genes, hormones, immune function, and the brain. Primary brain circuitries under investigation include the stress response and mood/anxiety circuitries, memory/working memory, and reward circuitry. Sex differences in disorders of interest include major depressive disorder and its comorbidity with cardiometabolic diseases, psychoses, and brain aging and risk for Alzheimer’s disease. This work has been funded by the National Institutes of Health for >30 years. She has published >200 articles, chapters and other original and peer-reviewed work in these areas.

Dr. Goldstein is also an administrative and educational leader in women’s health and sex differences in medicine, locally, nationally and globally. She serves on several scientific advisory boards and participated in strategic planning for the National Institute of Mental Health, NIH Office of Research on Women’s Health (ORWH), the Institute of Medicine, and the Brain Health Initiative for UsAgainstAlzheimers. Dr. Goldstein is also a leader in training the next generation of women and men in women’s health and sex differences in medicine, leading an NIH ORWH training program for junior faculty for >17 years.

In 2018, she launched the Innovation Center on Sex Differences in Medicine (ICON) whose mission is to enhance discoveries on sex differences in medicine and translate them into the development of sex-dependent therapeutics to address the need for precision medicine. The first public health challenge of ICON is to develop sex-dependent therapies targeted to the neural-cardiac interface to address sex differences in the substantially high comorbidity (particularly in women) of depression, cardiovascular disease, and Alzheimer’s disease. In 2020, ICON was designated with substantial funding an NIH Specialized Center of Research Excellence in Sex Differences, one of only 11 in the U.S.

Clinical Neuroscience Laboratory of Sex Differences in the Brain: http://cnl-sd.mgh.harvard.edu

Ted Talk: “When it comes to heart and brain disorders, sex matters”  https://www.tedmed.com/talks/show?id=691322

Keynote: Impact of Sex on Risk & Therapeutics for Chronic Disease

The co-occurrence of disorders of the heart and brain are the leading causes of disability worldwide, and women are at twice the risk for these comorbidities. Understanding the shared causes, beginning in fetal development, provides unique opportunity for development of novel sex-dependent diagnostics and therapies at the neural-cardiac interface. The future of precision medicine lies in using a sex differences lens across the lifespan for prediction, treatment, and prevention of chronic disease.
Dr. Jill Goldstein 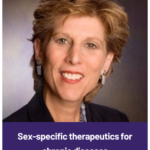